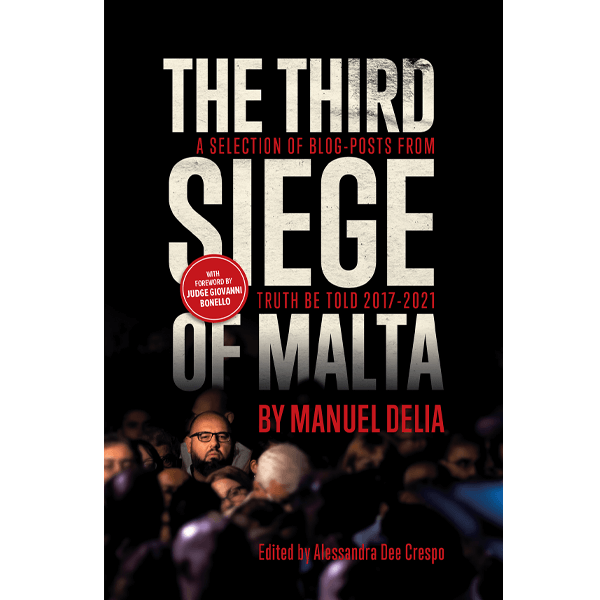 The Third Siege of Malta

Since June 2017, Manuel Delia has taken it upon himself to be the conscience and mirror of the nation. No more lonely, perilous and thankless task than the quest for truth, in times when the State officially morphs most truth into Orwellian doublespeak, into populist bait, into smoke and mirrors.

Though Delia’s target uncompromisingly hits the corrupt, the base, the sociopaths, the mercenary and the unprincipled, his is not a one-note symphony. In the cross-hairs of his guns tremble equally the money-grubbing politician as does the paedophile raptor. His impeccably-documented exposés of odious prison conditions, of the State-injury of migrants and those guilty of the unpardonable indiscretion of looking different, of clerical sex-abuse and other manipulation of power, have been equally outstanding and precious.

From a Foreword by former European Court of Human Rights Judge Giovanni Bonello.