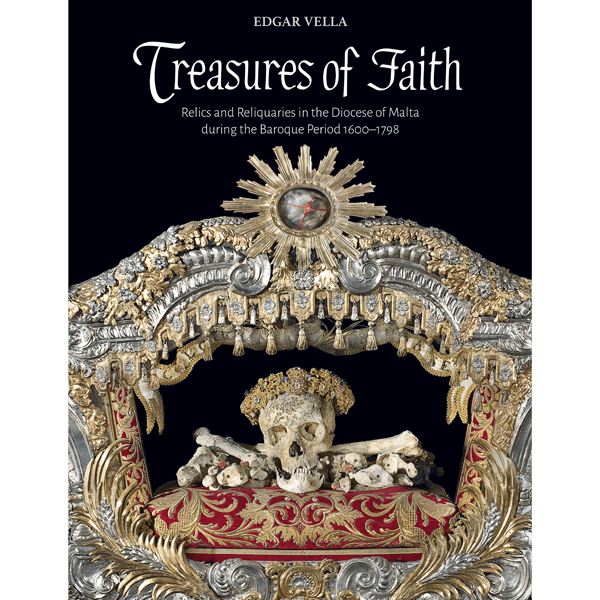 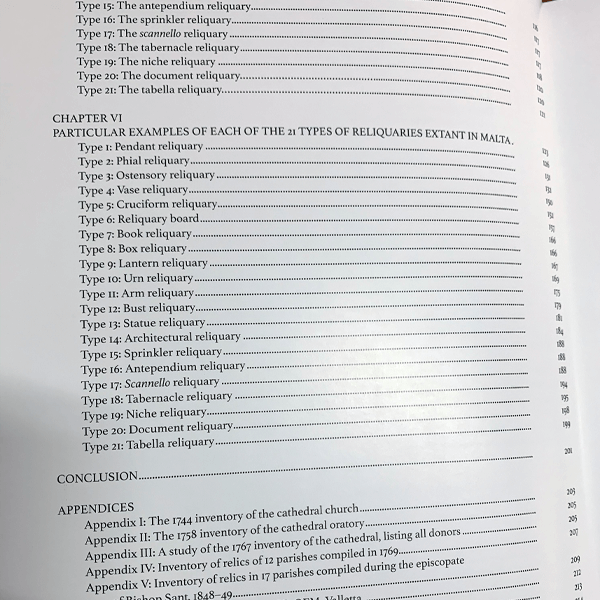 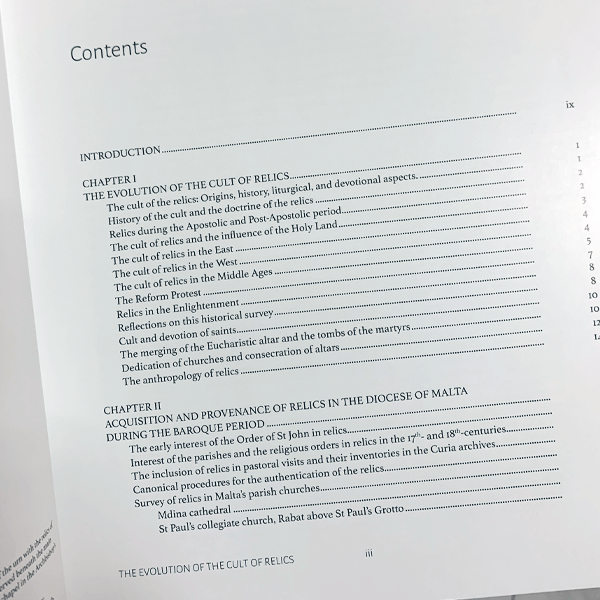 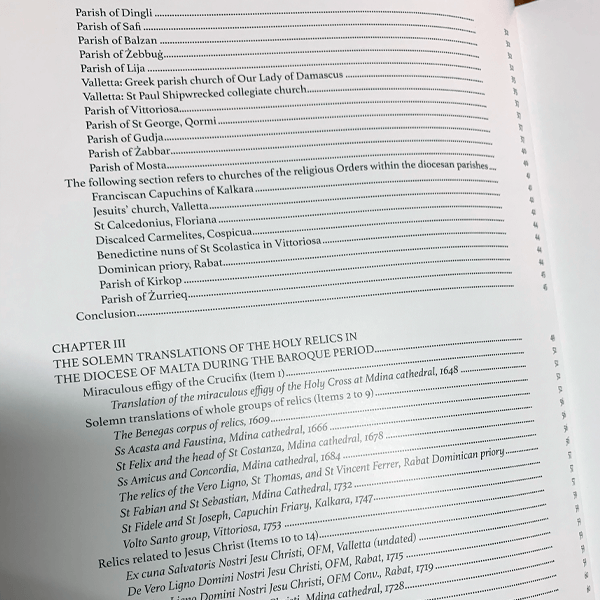 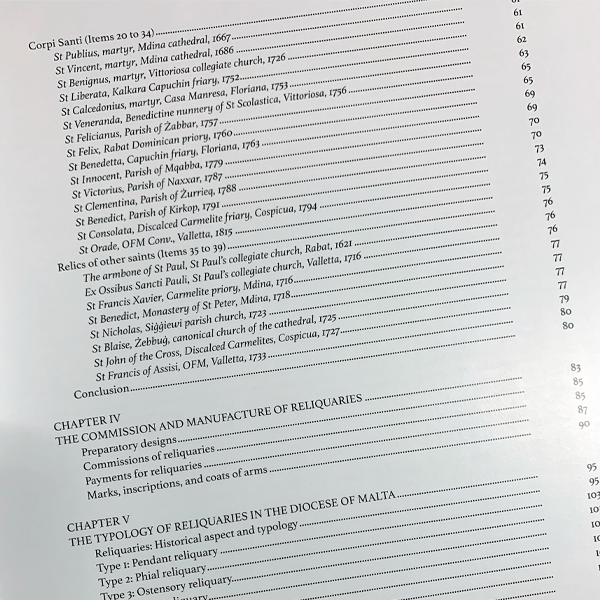 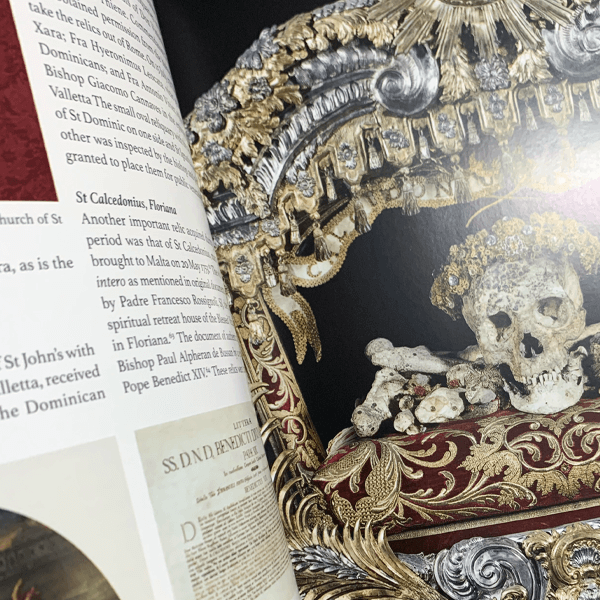 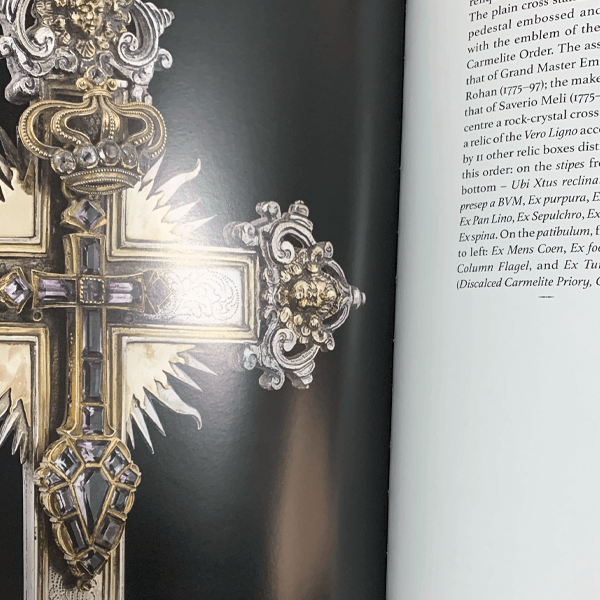 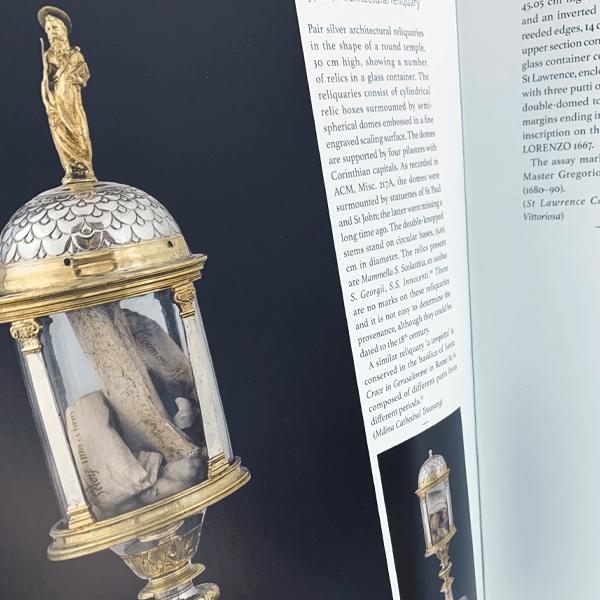 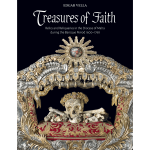 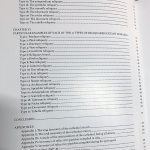 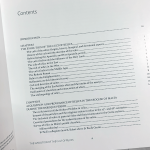 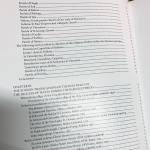 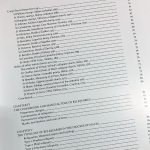 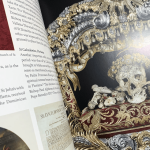 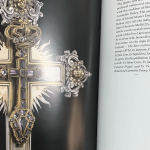 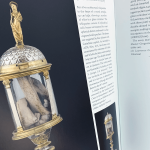 This book discusses for the first time the rich tradition of relic veneration in Malta. It looks closely at the period between 1600, with the early documented translation of relics, and 1798, the end of the Knights’ period which has contributed greatly in the divulgation of the cult and veneration of relics. The knights of Order of St John had arrived in Malta in 1530 after they had been expelled from Rhodes bringing with them a great treasure of relics.

Their arrival in Malta followed the Counter Reformation: a period that witnessed the emergence of saints as exemplars of faith and saw the evolution of Christian art as a material expression of the sacred. During this time, churches, chapels, and monasteries served as repositories for relics that might comprise the bodily remains of the saints or other physical evidence of their existence, such as items once owned by them. Enshrined in precious containers studded with jewels, these sacred treasures rapidly became the focus of pilgrimage. Processions with the holy relics conserved in precious receptacles during feasts are a perpetuated extension of the pilgrimages towards churches and shrines during the middle ages.

The author approaches the theme holistically, discussing not only their religious origins and significance but also the artistic value of the containers themselves. Furthermore, he categorizes these reliquaries in the diocese of Malta during the Baroque period in 21 different typologies, varying from pendants to phials, from ostensories to urns, and from arms to lantern.